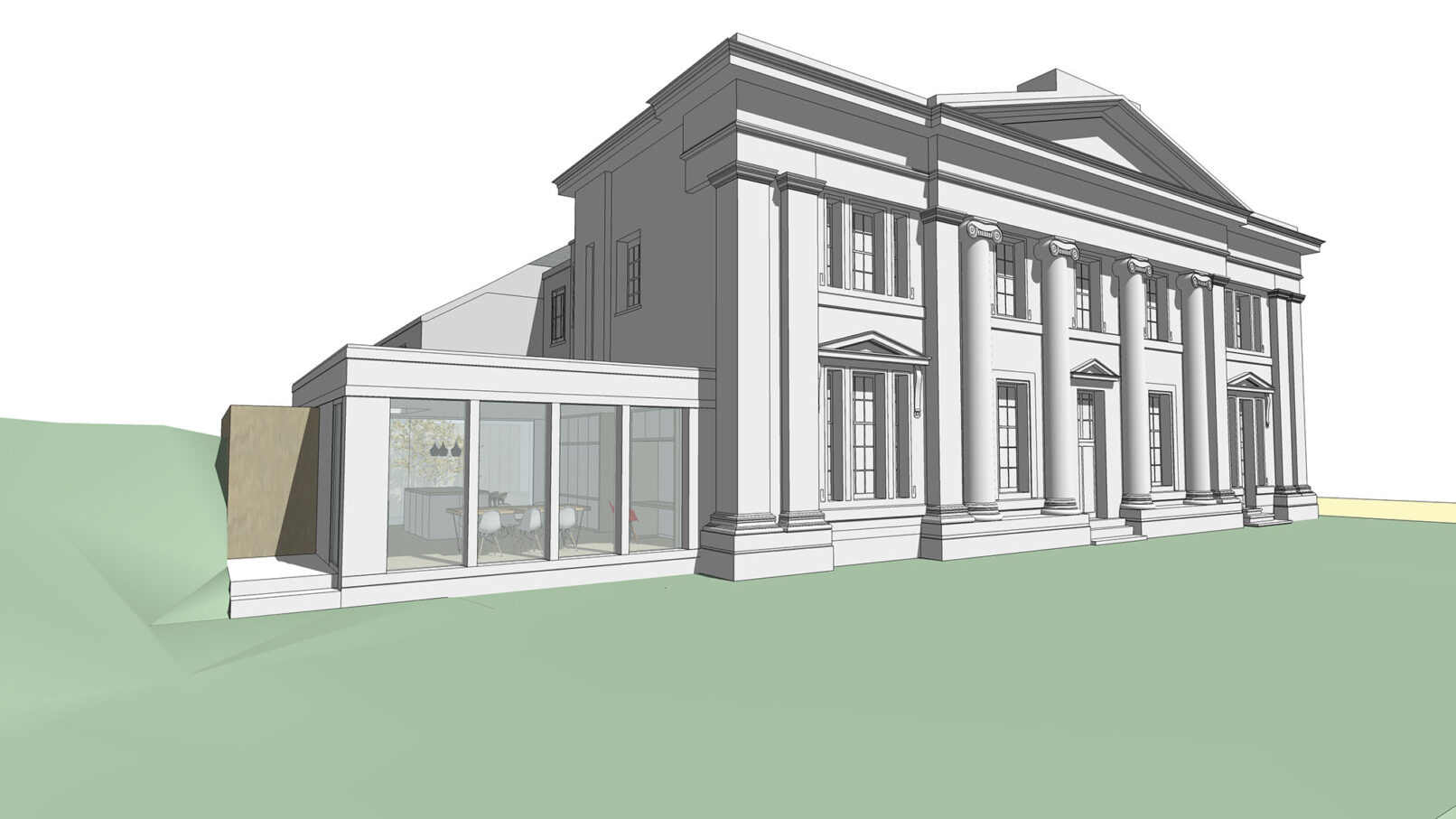 Bydown House is a Grade II * neo-classical country house dating from the early 19th century. Set in parkland, the house enjoys pleasant rural views from its tucked away location. Our brief consisted of three different elements – an extension to create an enlarged family space at the rear, extension and alterations to the Tower on the east side and a new main entrance portico.

The first element of the project was the owners desire to enlarge the kitchen / dining / living space to the rear of the house – the place where they spend the majority of their time. The desire was to create a more garden room type space giving a better connection to the landscaped gardens on the west side of the property. Cleary the new extension needed to respect the existing façade and complement rather than compete with that.

The second element was to carry out internal alterations & refurbishment works plus a small extension to a two storey tower, (former chapel), on the east side of the property. That will allow that part of the house to be restored and brought back in use once more.

Finally, a new entrance portico is proposed for the principal, (south), elevation. This will essentially reinstate a structure that stood as the entrance until the middle of the 20th century. Aside from the aesthetic enhancement this addition will provide, it will help reduce heat loss from the main hall which currently opens direct to outside air.

All three project elements required us to work closely with Historic England to achieve results that met the client’s brief and showed a sensitive awareness of the existing historic building. 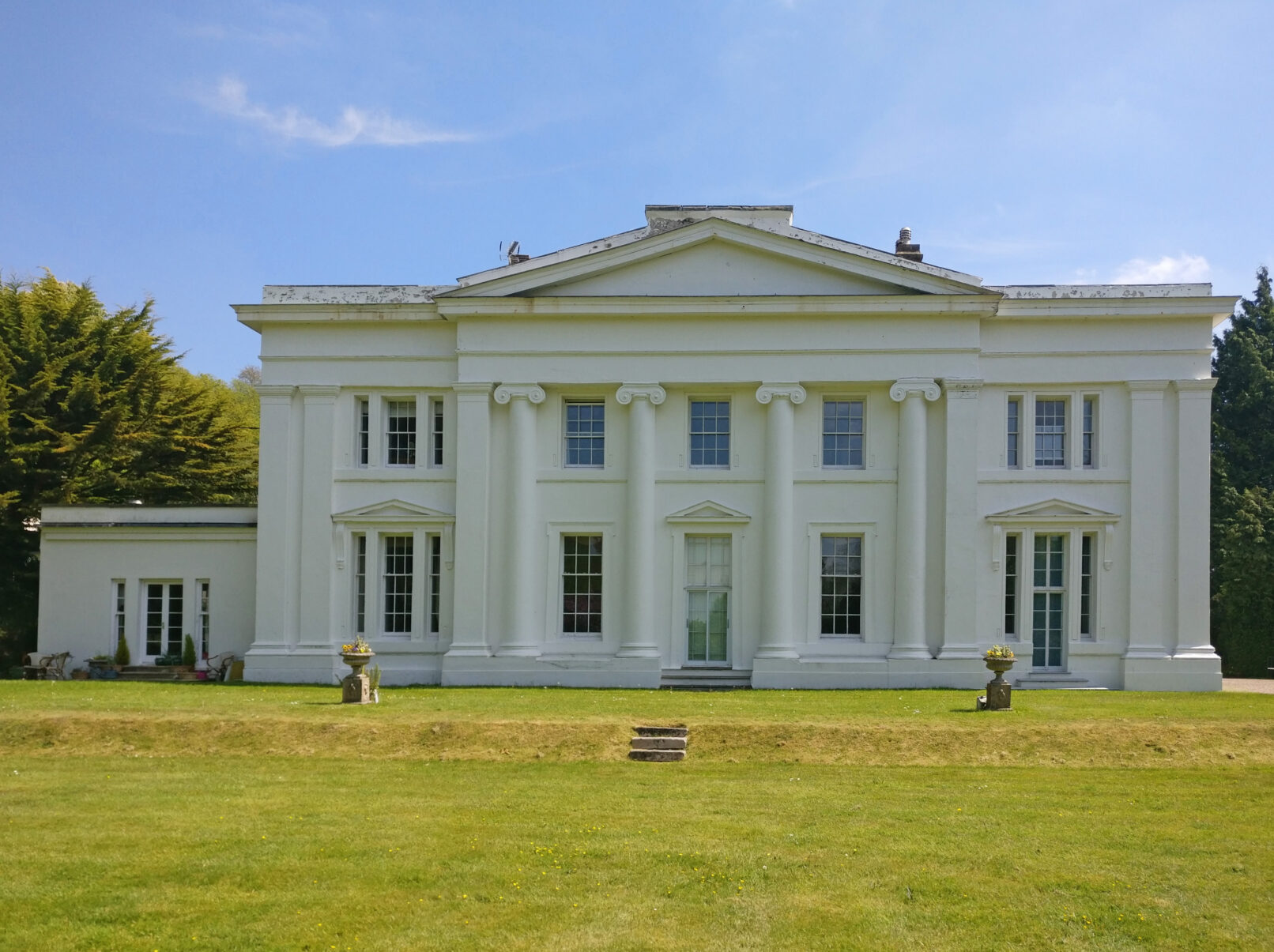