We were invited to look at the idea of replacing the entertainments suite in the summer of 2012, following a previous proposal by another designer having been refused planning permission.  The project presented an interesting design challenge – how to create a large building that is a suitable extension to a listed building.  This called for a sensitive, imaginative design approach.

In order to break up the mass of the building and at the same time, reflect something of the form of the original structure, we came up with the idea of a series of pitched roofs, presenting a sequence of gable ends to the main outdoor amenity space.  This form was influenced by the beach huts on nearby Woolacombe Beach, but on a much larger scale.

Full planning permission and listed building consent was achieved in December 2012 – less than 6 months after we were appointed.  Following that we developed detailed technical design proposals. The project was completed on time and within budget ready for the start of the 2014 summer season.

The family entertainment complex provides almost 22000 sq ft of space including a cinema, craft centre, indoor soft play area as well as a restaurant, cafe and bars and night club for 400 people. Along with the south facing poolside terrace, there will be plenty to keep guests occupied whatever the weather. 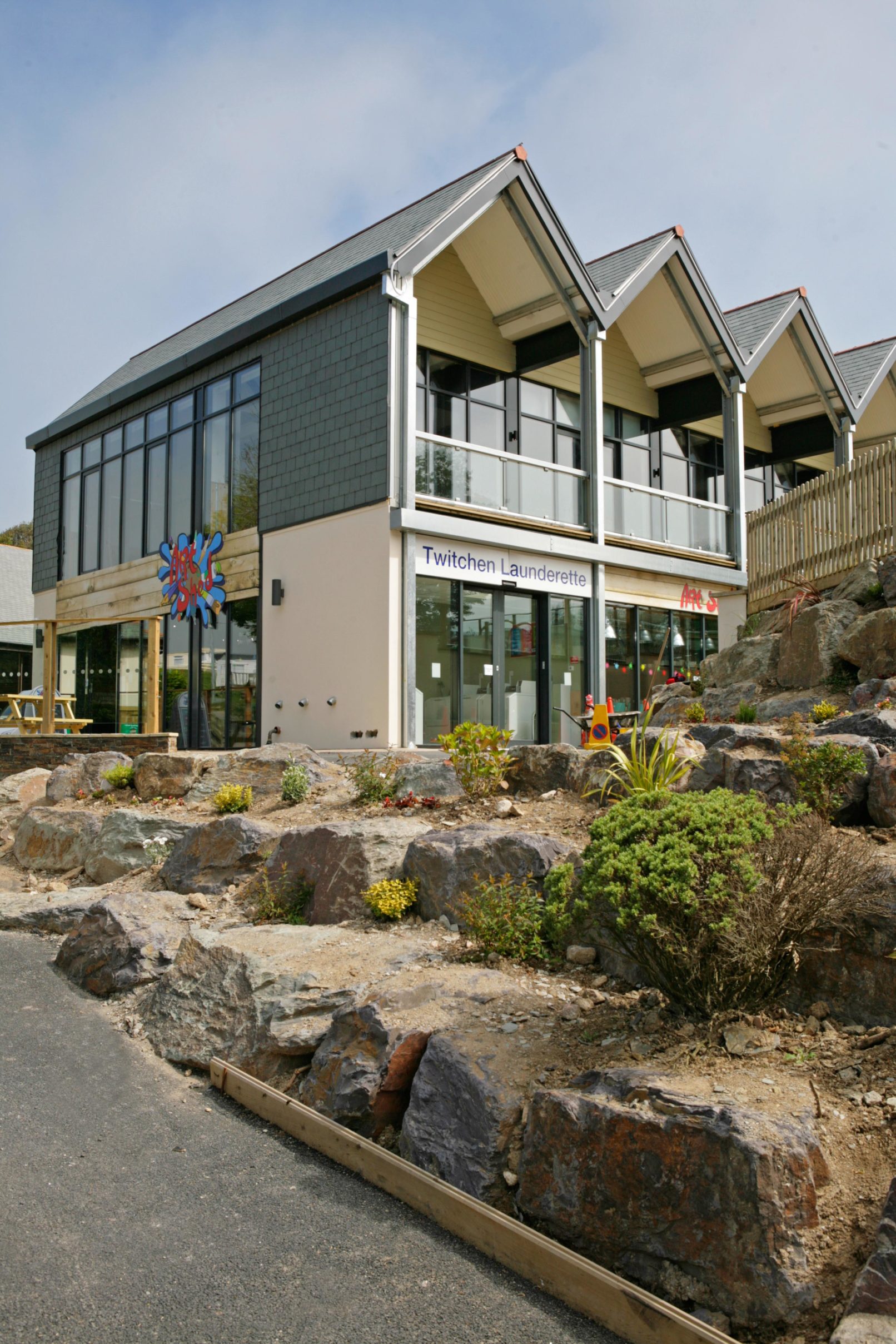 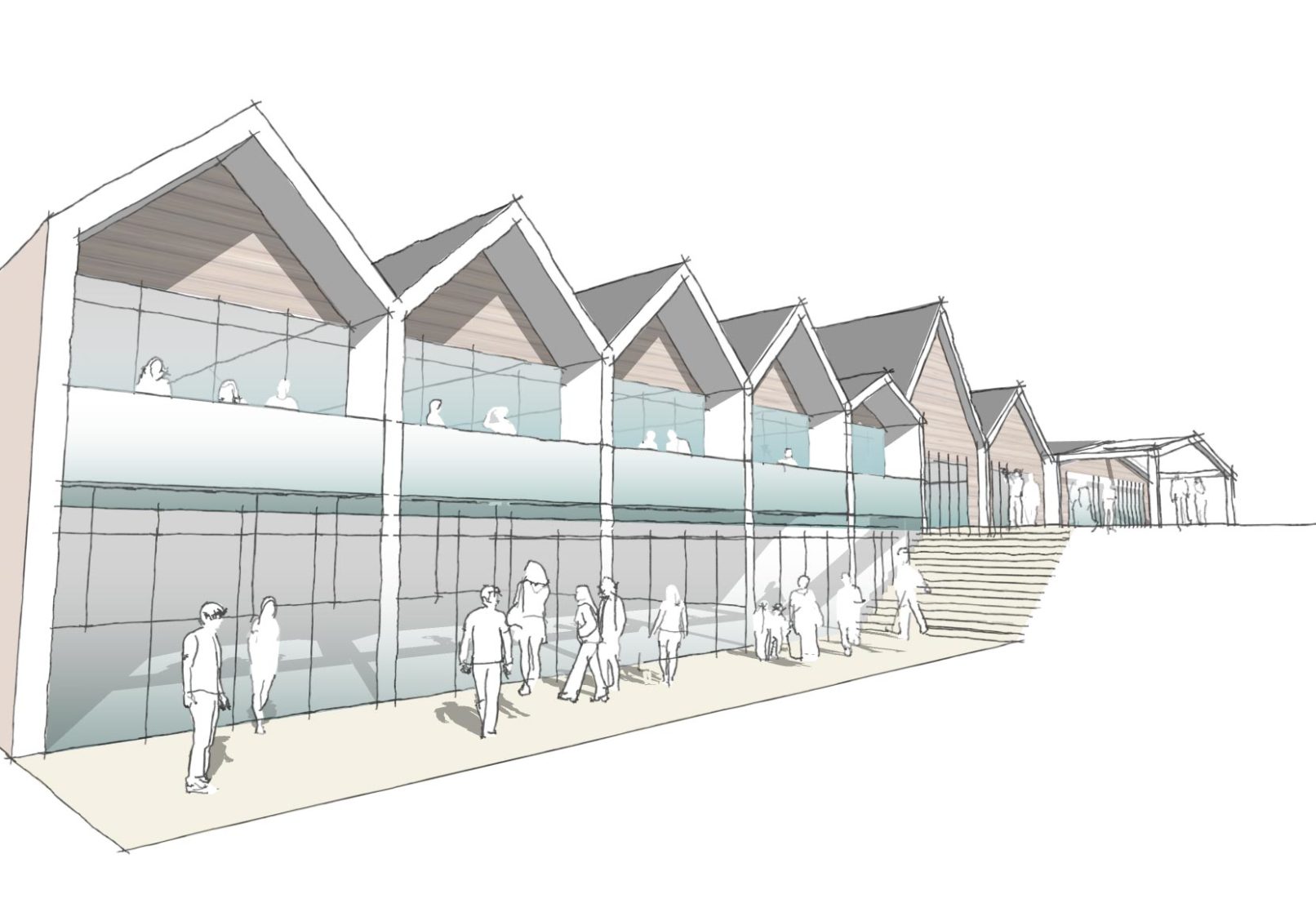